Several years ago, the book “The Shack” was published and was all the talk in Christian circles.  It’s description of the Trinity, and also how it deals with the problem of evil in the world, inspired many.  At the same time, however, many others condemned the book, saying that it promoted universalism and unbiblical ideas about God and the Trinity.  Out of curiosity, I picked up the book and started reading, only to put it down out of boredom a short time later, never to return.  Cut to today, and the film adaptation of “The Shack” is playing in theaters, and many Christians are wondering what to make of it: is it a Christian movie?  Should I see it?  I’ll attempt to answer these two questions here.

Is “The Shack” a Christian movie?
In response to those who have criticized “The Shack,” many have said that people need to lighten up; the book is fiction, after all, and its intended purpose is not to lay down precise doctrinal statements.  While this may be true, it is also true that every work of literature espouses and promotes a particular worldview and theology.  From “Huckleberry Finn” to “Little Women” to the latest Stephen King horror novel – every book espouses truths about God (even if they aren’t overtly stated – the characters’ views of morality and truth are statements about God), and about the proper way of interpreting our world and reality.  “The Shack” is no less an espousal of theology and worldview, even if it does not do so conspicuously.

That being said, we can confidently say that “The Shack” is decidedly not a Christian book or movie.  There are multiple problematic elements that come out in the book and movie, including the representation of God the Father as a physical woman named Papa, the espousal of universal salvation, and more.  To read a thorough list of the theological problems with “The Shack” read Tim Challies’ review here.

But aside from problems that come directly from the book/movie, Paul Young has made it apparent that he, himself, is not a Christian, and therefore cannot espouse a sound Christian theology or worldview in his literary work.  That is a bold statement, but it is one that is based on Young’s own confession of faith.  Earlier this month, Young released a non-fiction book entitled “Lies We Believe About God” in which he exposes what he believes to be lies associated with traditional Christian belief.  Unfortunately, the “lies” that Young identifies are the pillars of the historic, Christian faith.  For instance, Young denies that humans are inherently sinful; Young further denies that God is sovereign; he denies that human beings are in need of salvation (Young favors the idea of universal salvation – that all are saved regardless of belief); he denies a literal hell or punishment for sin; he denies that Jesus had to die on the cross for our salvation; and on and on the list goes. (For a more in-depth understanding of Young’s beliefs, see Tim Challies’ review of “Lies We Believe About God” here.)

While Young’s fictional story of “The Shack” may have been ambiguous when it came to specific Christian doctrines, his book “Lies We Believe About God” unambiguously sets him clearly outside of the historic, orthodox Christian Faith.  This is important to realize, because it means that the theological foundation upon which “The Shack” is built is not Christian.  And if the foundation is not Christian, then the theology espoused by the book is likewise not Christian.  It does not propagate a sound Christian theology, nor does it espouse or promote a Christian or biblical worldview.  In fact, if a person does base his or her theology on this book and/or film, he or she will come away with a heretical and powerless theology, and a worldview built upon unbiblical falsehoods.

Should I see it?
Although “The Shack” is clearly not a “Christian movie,” that fact alone does not disqualify it from being viewed by Bible-believing Christians.  After all, you have probably seen dozens and maybe even hundreds of movies that are not explicitly Christian – I know I have.  Christians are called to engage the culture with biblical discernment, and to let God’s word be our guide when we evaluate the images, messages, and ideas that go into our minds and hearts.  Just because a movie isn’t “Christian” isn’t a good enough reason to not engage it – at least in my way of thinking.  Instead, I would advise believers not to see “The Shack” for two very different, very important reasons.

First, although “The Shack” is demonstrably not a Christian film, it is portrayed as one.  This means that there are potentially millions of people who have either read the book or seen the movie and believe themselves to be engaging Christian truths and ideas.  This is not the case, and is in fact much more deceptive and dangerous than ideas and truth claims that are clearly unchristian.  Christians have been and will be duped by this book/movie into believing that the theology and worldview espoused by it is biblical and accords with traditional Christian faith.  However, as I’ve stated several times, it does not.  The fact that this movie does not espouse sound Christian theology and yet masquerades as being faithful to the Bible makes it dangerous and, in my opinion, makes it unwatchable by a Christian audience.  For this reason, I would advise you not to see it.

A second – and related – reason I would advise you not to see “The Shack” is that it can easily lead you astray.  The movie deals with very emotional subject matter, and it can be easy for our emotions to influence our engagement with truth claims.  Put simply, this movie will tempt you to believe errant theology and wrong ideas about God, salvation, sin, and human beings.  It would be unwise to purposely expose yourself to such temptations.  The easiest and most obvious way to remove the temptation to believe false doctrine is to not see the movie.

Conclusion
While many have said that “The Shack” is a Christian movie, it clearly is not.  While this fact alone may not be enough to dissuade us from seeing it, the reality that it is being promoted as a Christian movie makes it a dangerous film, and I would advise Christians to avoid it.  Instead, check out the Lego Batman movie.  My son recommends it.
Posted by Joel at 5:13 PM No comments:

Do the Gospels Contradict Each Other? 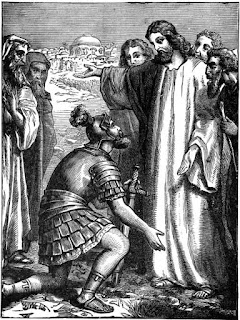 One of the primary criticisms leveled against the Bible is that it contradicts itself.  These alleged contradictions are especially apparent in the gospels, as four different authors relay events based on eyewitness testimony, and sometimes their accounting of events do not align.  One of those seemingly contradictory passages is Luke 7.1-10 and Matthew 8.5-13.  Both passages give an account of the healing of a centurion's friend or servant, yet there are several differences between the two.

Most of these differences are incidental, and don't influence at all the way the text is understood or interpreted.  For instance, Luke reports that the servant is "sick and at the point of death," while Matthew says that the servant is "paralyzed" and "suffering terribly."  Who's right?  They both are.  It's possible for someone "at the point of death" to be paralyzed and suffering terribly.  Two people giving a report about the same event will often use unique ways of describing this event.  In this instance, Matthew and Luke described the man's illness from their unique point of view.

Most of the other differences in the passage are likewise incidental and easily explainable.  There is one difference, however, that is more significant, and more worthy of a deeper investigation: in this account, Luke reports that some friends of the centurion, along with his servants, are the ones who interface with Jesus on the centurion's behalf, whereas Matthew's account says that the centurion himself is the one who comes and talks personally with Jesus.  This is an instance where both authors can't be right - either the centurion came and talked with Jesus, or he didn't.  And if they can't both be right, then one of them must be wrong.  But if one of them must be wrong, then what does that say about the testimony of scripture?  If Matthew and Luke botched this story, then what else did they get wrong?  Thankfully, an investigation into first-century Jewish culture resolves this issue for us and alleviates the notion that the two gospel-writers contradict one another.

In Jewish culture, servants - when sent on errands for their masters - were to be regarded by those with whom they interacted on their masters' behalf as having the same authority as their master.  Even to the extent that a person's servants were a physical representation of themselves.  They were to be treated and spoken to in the same way that someone would treat and speak to their master.

Thus, when Matthew reports that the centurion himself came and spoke with Jesus, it is likely that in reality it was actually the centurion's servants.  However, in Matthew's Jewish brain, those servants bear the identity and authority of their master, so Matthew records that the centurion himself was present, which is technically correct according to Jewish custom.  Luke, on the other hand, is not Jewish (Luke was the only Gentile author of the New Testament), and so he is not familiar with the Jewish custom of servants representing the identity of their masters.  Therefore, when he reports on this instance, he takes a literal stance: the servants came on behalf of their master.

This understanding resolves the apparent contradiction.  Matthew and Luke both report on the same details, and their accounts agree when we take their cultural customs into perspective.

There are no contradictions in the Bible that I know of that cannot be explained by a careful study and understanding of the context, history, and culture of a passage.  The more we study the Bible, the more we can clearly see that it has been perfectly written and preserved for our benefit.  Perceived contradictions in the text are just that: perceptions not based in an understanding of the text.

You can trust your Bible, and the story of the healing of the centurion's servant just proves it all the more.
Posted by Joel at 5:35 PM No comments: 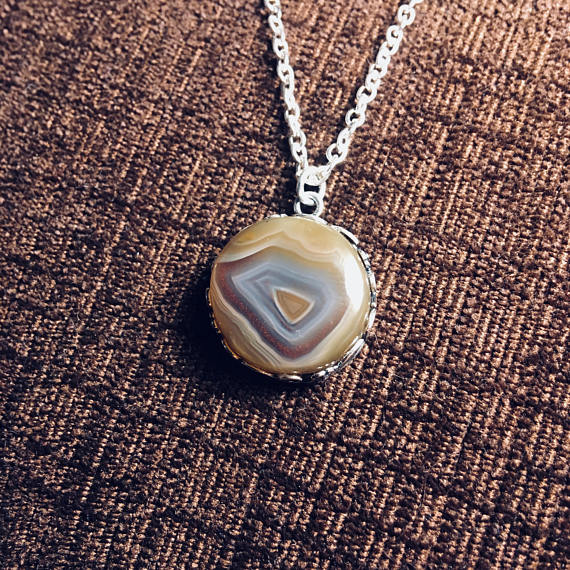 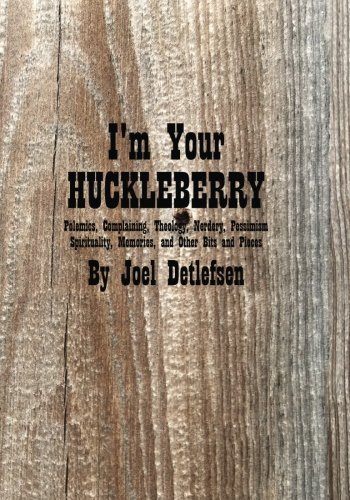 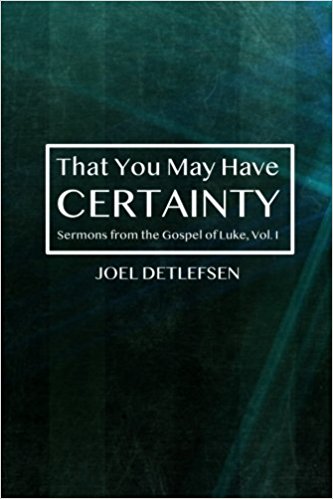 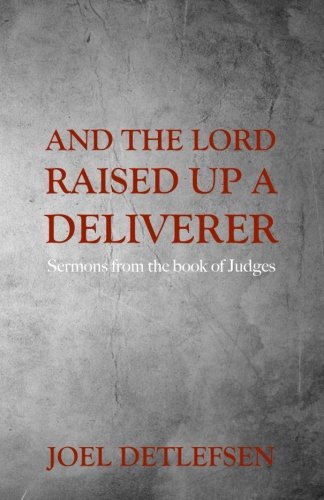 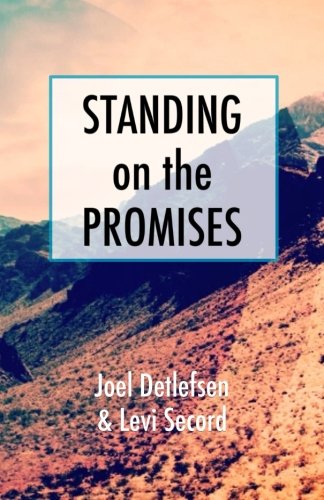 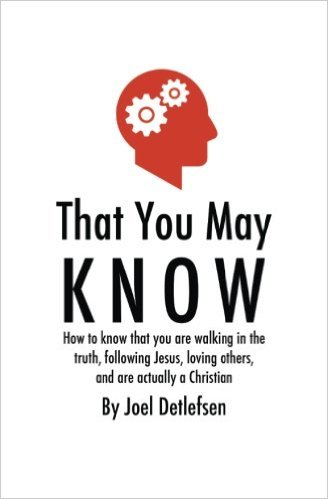 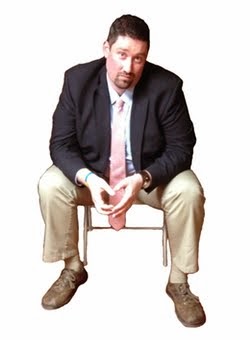